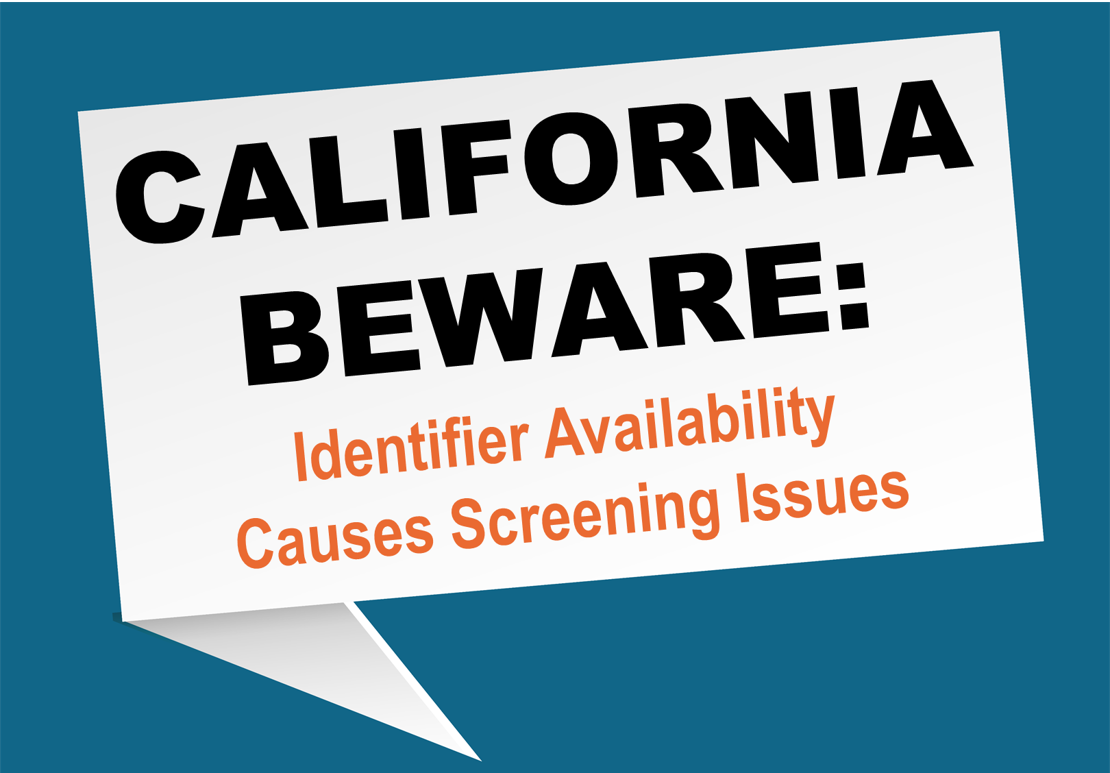 We recently wrote about the background screening industry’s fight against Michigan and their attempt to redact personal identifiers, specifically dates of birth, from court records. Our industry, led by the Professional Background Screening Association (PBSA), was partially successful with Michigan delaying its implementation to a later date. As we previously explained, AccuSource and other consumer reporting agencies are required to confirm a sufficient number of identifiers before determining that a record belongs to an individual, or that it does not. California is now presenting the same problem as Michigan for the background screening industry and our clients.

Under All of Us or None—Riverside Chapter, et al. v. W. Samuel Hamrick, Jr., et al., the plaintiffs sued the Riverside County Court. While there were seven causes of action brought by the plaintiffs, we will focus on the one that is the topic of this post. One cause of action stated that the court violated California Rules of Court Rule 2.507 because Riverside Superior Court allows users of its electronic index to search by inputting a person’s date of birth and driver’s license number. At the trial court level, the defendants submitted a demurrer, arguing that even if the facts in the complaint were true, there was no legal basis for the claim. The trial court agreed and ultimately entered a judgment in favor of the defendants.

While Michigan’s redaction policy is concerning for our industry, California’s decision causes even more alarm. California is not only a larger jurisdiction with a larger population, but it also does not have a statewide search option where records and identifiers could be obtained another way. The PBSA, along with the Consumer Data Industry Association (CDIA) submitted an amicus letter to the California Supreme Court on July 15. The letter asks the California Supreme Court to review the Court of Appeal’s opinion and to consider the impact the decision will have on consumer reporting agencies, employers, landlords, those individuals we screen, and others.

Please be aware that AccuSource may experience delays in receiving and reporting records from California, especially from those courts that have either removed the date of birth search feature from their online portal or those who have paused background screening in general. As the PBSA advocates for all of those impacted and as AccuSource obtains updates, we will share them. If you would like AccuSource to provide a complimentary review of your current background screening compliance program, please contact us at marketing@accusource-online.com.