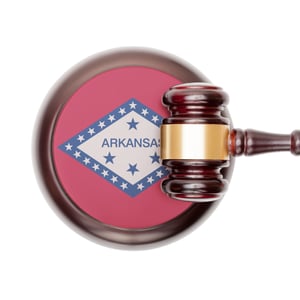 In a victory for court record researchers and consumer reporting agencies (CRAs), the Circuit Court of Pulaski County Arkansas, Second Division, granted Summary Judgement in favor of the National Association of Professional Background Screeners (NAPBS) on a case against Jennifer Jones in her official capacity as the Clerk of the District Court of Benton County, Arkansas, Bentonville Division.

NAPBS initiated litigation proceedings on July 23, 2018, alleging Ms. Jones refused to provide Courthouse Concepts, court record research firm and NAPBS member, access to court records for the purposes of background screening investigations unless they paid $5,000 and applied for a compiled records license. In their complaint, NAPBS indicated Ms. Jones’ actions were a violation of the Arkansas State Freedom of Information Act (FOIA). They further indicated, her refusal to provide records was based “on a gross misinterpretation” of Administrative Order 19 issued by the Arkansas State Supreme Court. The rule applies to entities obtaining “compiled information” or electronic data in bulk. Courthouse Concepts and other NAPBS member CRAs and court researchers sought to obtain records through direct request to the court.

The Circuit Court in their decision, rendered on August 14th, 2019, found the following:

Although the NAPBS sought to recover attorney’s fees in the case, the court found in favor of Ms. Jones on that issue stating, “Because Ms. Jones has an antiquated computer system and was acting on advice received by the Arkansas Administrative Office of the Courts and Attorney General Opinion 2015-121 (April 14, 2016) in denying the request, the Court finds that her position was substantially justified and, therefore, Plaintiff is not entitled to recover attorneys’ fees or other litigation expenses under the Arkansas FOIA.”

The court also dismissed Plaintiff’s claims that Administrative Order 19 was a violation of NAPBS members’ right to access court records under the First Amendment and/or federal common law as the right public record information under Arkansas FOIA was the central issue of the case.

This case is a victory for the background screening industry, and also a win for government transparency and accountability advocates. Arkansas FOIA protects the public’s right to access government documents and aids both businesses and individuals alike in making informed decisions.