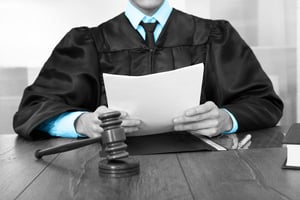 Lawsuits brought under the Fair Credit Reporting Act (FCRA) have been picking up steam for years, resulting in sometimes million-dollar settlements for consumer reporting agencies and employers. Class actions dealing with bare procedural violations have been especially popular. However, the United States Supreme Court has influenced the course of these lawsuits, providing guidance in 2016 under Spokeo, Inc. v. Robins. The Supreme Court found that a plaintiff must prove that he or she suffered an injury-in-fact to have standing to bring a suit in federal court. The Court further clarified that an injury-in-fact must be concrete and particularized and that a bare bones procedural violation does not establish concrete harm.

Two courts hearing FCRA class actions have recently applied the U.S. Supreme Court’s guidance, reaching results that are beneficial to consumer reporting agencies and employers. A Missouri Court of Appeals dismissed an FCRA class action due to a lack of standing under Boergert v. Kelly Services. Plaintiff Cott Boergert sued Kelly Services, claiming that the staffing agency’s disclosure form contained extraneous information in violation of the FCRA. Additionally, Boergert claimed that Kelly Services did not provide him with a copy of his background screening report or summary of rights. However, because Boergert did not allege an actual injury but instead brought the lawsuit based on a bare procedural violation, the Court of Appeals dismissed the potential class action.

In Williams v. TLC Casino Enterprises, the plaintiff class also alleged an FCRA violation due to extraneous information provided on the casino’s disclosure forms. The District Court for the District of Nevada dismissed the class action. As with the Missouri case, the Court found that the plaintiff had alleged a bare procedural violation and did not allege the concrete injury necessary to have standing to sue under the FCRA.

While the cases above show promise for consumer reporting agencies and employers facing FCRA class actions based on bare procedural violations, they can still result in hefty bills for those who must defend against them. In order to minimize exposure to lawsuits under the FCRA, AccuSource recommends a proactive approach, including review of policies and procedures to address any potential violations.