Effect of Marijuana Laws on Employers Foggy Despite Court Guidance 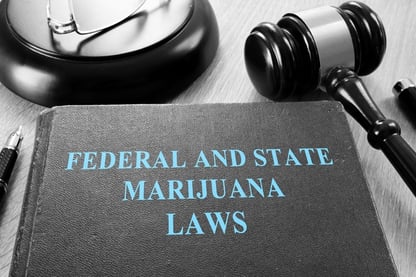 Courts at the state level have been addressing the conflict between federal and state law concerning the use of marijuana. While numerous states have legalized marijuana for medical or recreational use, federal law still classifies marijuana as an illegal controlled substance. This creates confusion for employers in those states where marijuana has been legalized in some capacity. While some state courts have been addressing the rights and obligations of employers in marijuana-friendly states, even those findings conflict from state to state.

New Jersey is one state where the courts have provided guidance to employers whose employees hold medical marijuana cards under the New Jersey Compassionate Use Medical Marijuana Act. Daniel Cotto, Jr., an employee of Ardagh Glass Packing, sustained a workplace injury. Per company policy, he had to submit to a breathalyzer and urinalysis upon his return to work. Ardagh was concerned about Cotto’s use of medical marijuana and told him he could not return to work until he could pass the drug test. Although Cotto possessed a medical marijuana card, his employer suspended him until he could pass the drug test. The plaintiff brought suit, claiming disability discrimination, failure to accommodate, and retaliation. The United States District Court of New Jersey dismissed the claims, determining that Ardagh was not required to waive its drug testing requirements under either the New Jersey Compassionate Use Medical Marijuana Act or the New Jersey Law Against Discrimination. With this finding, the court has given permission to New Jersey employers to enforce their drug screening policies even where an applicant or employee has a valid medical marijuana card.

The two differing court opinions illustrate the conflict that remains between state and federal law regarding the use of marijuana. Employers, especially those who operate in multiple states, should engage their legal counsel to determine which state marijuana laws and interpretations may apply to them to ensure compliance.