For the Love of Ban the Box Laws 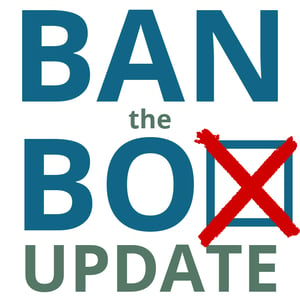 Ah, February. The month of foil hearts, yummy chocolates…and ban the box laws? While ban the box laws are not the most romantic part of the season, they are still important to discuss. Several jurisdictions have recently either enacted new laws or taken action on existing ones.

The City of St. Louis, Missouri enacted a ban the box law that applies to private employers within the city. The ordinance, which is effective on January 1, 2021, bars covered employers from making hiring or promotion decisions based on an applicant or employee’s criminal history or related sentencing.

Employers with 10 or more employees who are located within the City of St. Louis must follow restrictions similar to other ban the box laws, including not asking about criminal history until after an applicant’s interview and after determining that the applicant is qualified for the position.

If the employer decides to ask about criminal history, it must be uniform by asking all applicants included in the final applicant pool. The law specifically prohibits employers from avoiding the requirements by seeking out public criminal history information before permitted. Once employers are allowed to obtain criminal records, they must consider factors similar to those recommended by the Equal Employment Opportunity Commission.

As with other fair chance laws, employers may qualify for an exception if the position is one where the law prohibits the employment of those with certain criminal records.

Finally, the ordinance requires that local businesses comply with the law in order to obtain business licenses.

In our previous webinars, I discussed Maryland’s “Act Concerning Record Screening Practices (Ban the Box),” which had been vetoed by Governor Larry Hogan. However, the Maryland General Assembly has overturned the veto, enacting the statewide law which prohibits private employers with 15 or more full-time employees from asking for criminal records early in the hiring process.

An employer is permitted to ask about an applicant’s criminal record, which is defined broadly in the law, during the first in-person interview. The Act does not prevent employers from taking action against applicants with criminal records as long as it complies with state and federal law, and it also provides exceptions for employers who provide services to minors or vulnerable adults.

The statewide ban does not preempt local ordinances that may have stricter requirements.

Grand Rapids, Michigan amended its ordinance effective December 1, 2019. The “Human Rights Ordinance” impacts both employment and housing, but I will focus on employment.

Employers cannot consider arrests without conviction, but may consider pending charges, and cannot have blanket prohibitions against hiring those with criminal records. Instead, they must consider any conviction record on an individual basis and weigh various factors before making a decision.

Because the ordinance includes those who “conspire” to discriminate, it may also apply to consumer reporting agencies and others who assist in the portion of the hiring process involving criminal records.

The amendment not only removes private employers from the ban against criminal records, but also from the ban involving salary history inquiries.