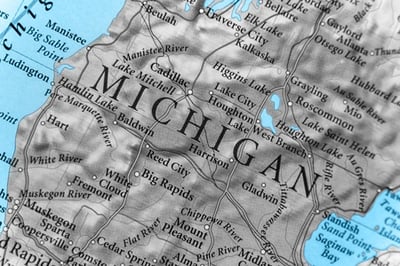 As many states and municipalities across the nation are moving to prevent employers from asking questions regarding a candidate’s salary history in efforts to end pay discrimination and wage gaps, a new Michigan law supports the opposite. Senate Bill 353 states, “A local governmental body shall not adopt, enforce, or administer an ordinance, local policy, or local resolution regulating information an employer or potential employer must request, require, or exclude on an application for employment or during the interview process from an employee or a potential employee.” This language effectively bans local Michigan governmental bodies from creating rules or laws disallowing questions about salary history during the interview process.

Local newspapers previously reported Democratic lawmakers in Michigan criticized the bill for hindering efforts to close wage gaps among women and minorities. “These issues of pay equity are real, tangible and affect all of our residents – the very people for who we work,” said Rep. Erika Geiss, D-Taylor. The law passed with a 62-46 vote, which mostly followed party lines. The Michigan Chamber of Commerce and other business groups expressed support for the legislation citing its consistency with an existing Michigan state law which prohibits “cities from adopting or enforcing various requirements on employers, including local minimum wages, mandatory paid sick days or job application questions.”

The news comes on the heels of announcements from Amazon and Progressive indicating the companies will follow the nationwide trend of dropping the salary-history question from their hiring processes. Other corporate giants including Google, Facebook, Cisco, Bank of America, and Wells Fargo have already adopted similar policies either in the interest of a consistent policy across state lines or in an effort to stay ahead of regulations which may eventually be enacted on a national scale.

Click here to subscribe to the AccuSource blog for current updates on salary history bans across the country, as well as breaking news on human resource management and employment screening issues.

This information is not intended to be legal advice. It is recommended that you speak with your Legal Counsel to ensure compliance with applicable law.