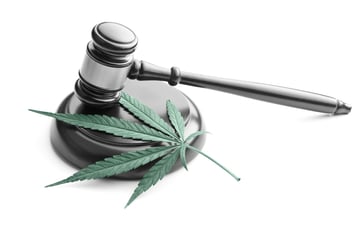 Marijuana has been and will continue to be a huge topic in employment law. While federal law still holds that marijuana is an illegal controlled substance, states and local jurisdictions are legalizing it for medical and recreational use. Some jurisdictions are taking it a step further, banning employers from screening for marijuana during pre-employment drug testing.

We previously reported that New York City had passed legislation restricting employers from testing for marijuana during pre-employment drug tests. The law, which was signed by the mayor, is effective May 10, 2020. The law includes exceptions, especially related to positions that could impact public safety. Some excluded positions include those involving law enforcement, commercial driving, and those which provide care for vulnerable populations such as children or medical patients. AccuSource will post updates as the New York City Commission on Human Rights provides additional guidance.

Nevada has also joined New York City in restricting employers who wish to test job applicants for marijuana use. Nevada Assembly Bill 132 was signed by Nevada Governor Steve Sisolak on June 5, 2019 and will go into effect on January 1, 2020, giving Nevada employers about six months to update their drug testing policies. While it appears that employers may still be permitted to include marijuana in their drug testing panels, they cannot refuse to hire an applicant due to the presence of marijuana in their results. New employees also receive protection under the law. If an employer requires an employee to submit to a drug test within the first 30 days of employment, the employee can pay for and take a second drug test to rebut the results of the initial test. The law also allows for exceptions, generally allowing pre-employment marijuana testing for positions that could affect the safety of others, such as drivers and firefighters.

On May 31, 2019, the State of Illinois also acted regarding marijuana use, legalizing recreational use. HB 1438 will take effect on January 1, 2020 and will make marijuana a lawful product, allowing those over 21 years old to possess, use, or buy marijuana. The law appears to be employer-friendly, permitting employers to maintain drug-free workplaces and enforce zero tolerance policies. However, because marijuana will be defined as a lawful product, HB 1438 may impact drug testing policies. While an employer can take action against employees who are under the influence of or use marijuana while at work, it may not be allowed to deny employment to an applicant or terminate an employee who uses marijuana lawfully offsite.

As cities and states limit pre-employment drug testing for marijuana, whether the ban is explicit or implied, employers should watch carefully for additional legislation and review their drug testing policies with expert legal counsel. If you would like AccuSource to provide a complimentary review of your current background screening compliance program, please contact us at marketing@accusource-online.com.