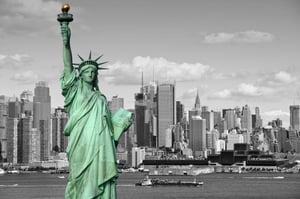 Over the past few years, the use of salary history in the hiring process has become quite a hot-button issue. Some argue that it is an employer’s right to ask for salary history, whereas others argue that it perpetuates cycles of pay inequity in marginalized communities (women, people of color, etc.). However, recent developments in late 2016 and early 2017 have proven that not only is using salary history in the hiring process controversial, it may also be illegal; especially in New York City.

Mayor de Blasio’s efforts directly coincide with Article 6, Section 194 of the Equal Pay Provision of the New York State Labor Law, as well as other local provisions and recently enacted laws throughout the country.

According to de Blasio:

“It is unacceptable that we’re still fighting for equal pay for equal work. The simple fact is that women and people of color are frequently paid less for the same work as their white, male counterparts … This Administration has taken bold steps to combat the forces of inequality that hold people back, and this bill builds upon the progress we have made to close the pay gap and ensure everyone is treated with the respect they deserve.”

Mayor de Blasio’s sentiments seem to be shared in not only New York City, but also other states and localities such as Philadelphia, California, Maryland and Massachusetts, as well, where pay equity laws/mandates are being proposed and passed.

With the enactment of such laws, it is important for employers and hiring managers to assess their current employment screening programs and procedures. Additionally, employers in New York City and other regions with similar laws, should partner with employment screening industry and legal experts to ensure regulatory compliance.

For more information on incorporating these changes into your organization’s employment screening and hiring processes, or to learn more about the many services we provide to ensure regulatory compliance please contact AccuSource today.