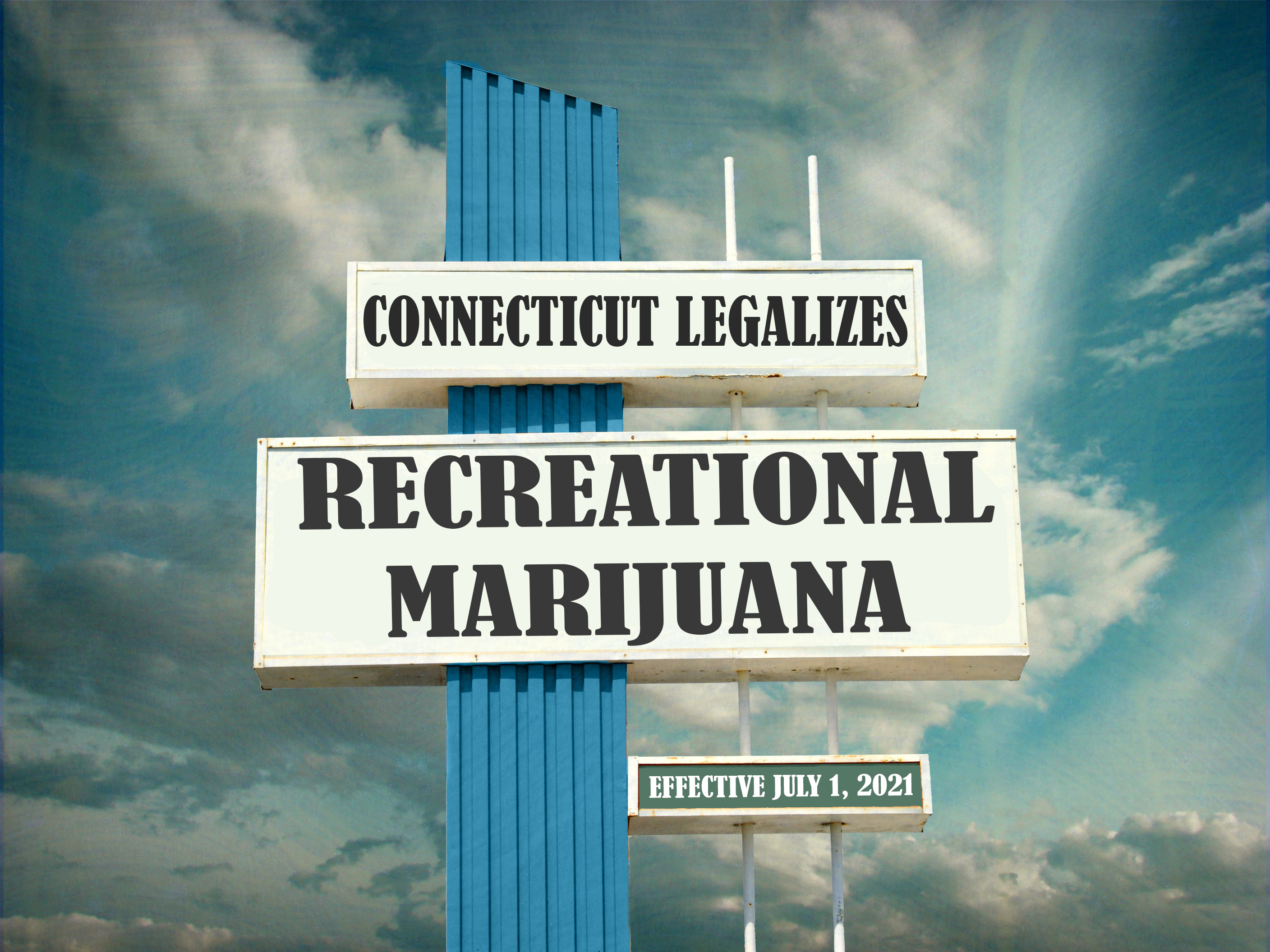 Connecticut employers, take note! Effective today (yes, July 1, 2021), Connecticut has become the nineteenth state to legalize recreational weed. The Connecticut government is wasting no time with Senate Bill 1201. It was signed into law by the governor on June 22 and is effective in time for the holiday weekend. The bill legalizes recreational cannabis for adults who are age 21 and older, who can consume or possess up to 1.5 ounces of cannabis. Connecticut users can also store up to 5 ounces in a locked container in their home or a secured location in a vehicle, such as a trunk or locked glove box. The bill also permits home cultivation but will first focus on medical marijuana users and later move on to recreational users. Retail sales should launch in May 2022, but marijuana use itself is now legal. Employers should also make note that the law automatically erases criminal records for possession of up to 4 ounces of marijuana, which could result in discrepancies in background checks if an employer is rescreening an individual who previously had a lower-level marijuana conviction on his or her criminal record.

Senate Bill 1201 also outlines the retail market for marijuana, which will be established by the Department of Consumer Protection. The Department will also issue licenses for the various parties involved in the marijuana industry. The bill sets up a social equity license where those with past marijuana convictions can qualify for social equity licenses. Half of all licenses must be granted to social equity applicants and lawmakers are prohibited from joining the marijuana industry until two years after they exit office. While Connecticut municipalities cannot ban marijuana deliveries to their cities, they can prevent marijuana businesses from opening at all within city limits. They can also set reasonable restrictions on those businesses that are permitted to open.

As we inch closer to a quarter of the United States permitting recreational weed, which state will be next to legalize marijuana for recreational use? AccuSource will let you know. If you would like AccuSource to provide a complimentary review of your current background screening compliance program, please contact us at marketing@accusource-online.com.