Texas Lawsuit May Set Precedent On Criminal Background Information Use 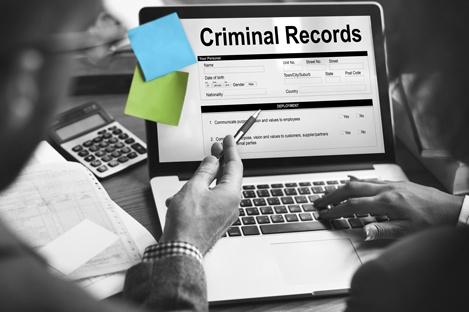 In 2012, the EEOC issued Enforcement Guidance outlining how employers should use criminal background checks during the hiring process. While preemployment criminal background checks are not banned, the EEOC argued that the use of “blanket exclusions” of applicants based on criminal history disproportionately impacts Hispanics and African Americans which violates Title VII if the Civil Rights Act of 1964. Title VII states that “employment discrimination based on race, color, religion, sex, or national origin” is prohibited.

Texas has taken issue with these guidelines because many state agencies will not hire any convicted felons or those convicted of certain categories of crimes. The state argues that being required to adhere to the EEOC’s guidance would constitute “a sufficient injury” in that it would force “Texas to alter its hiring policies or incur significant costs,” according to the Fifth Circuit Court. The state also argues that the EEOC had created a “substantive rule issued without notice and the opportunity for comment,” which is a violation of the Administrative Procedures Act (“APA”), 5 U.S.C. § 702. The Court granted Texas standing to sue the EEOC based on these “injuries” and though the court did not support Texas’ right to absolutely bar all convicted felons from any jobs that the legislature deems appropriate, the EEOC was ultimately prohibited from enforcing the guidance until it has complied with the requirements of the APA.

Although the court’s injunction applies only to Texas for the time being, other states and even private employers may be able to cite this decision as precedent should a charge or lawsuit regarding their own criminal background check policies be brought to bear. The EEOC has stated it is looking at all available options moving forward, including possible appeals.

This information is not intended to be legal advice. It is recommended that you speak with your Legal Counsel to ensure compliance with applicable law.