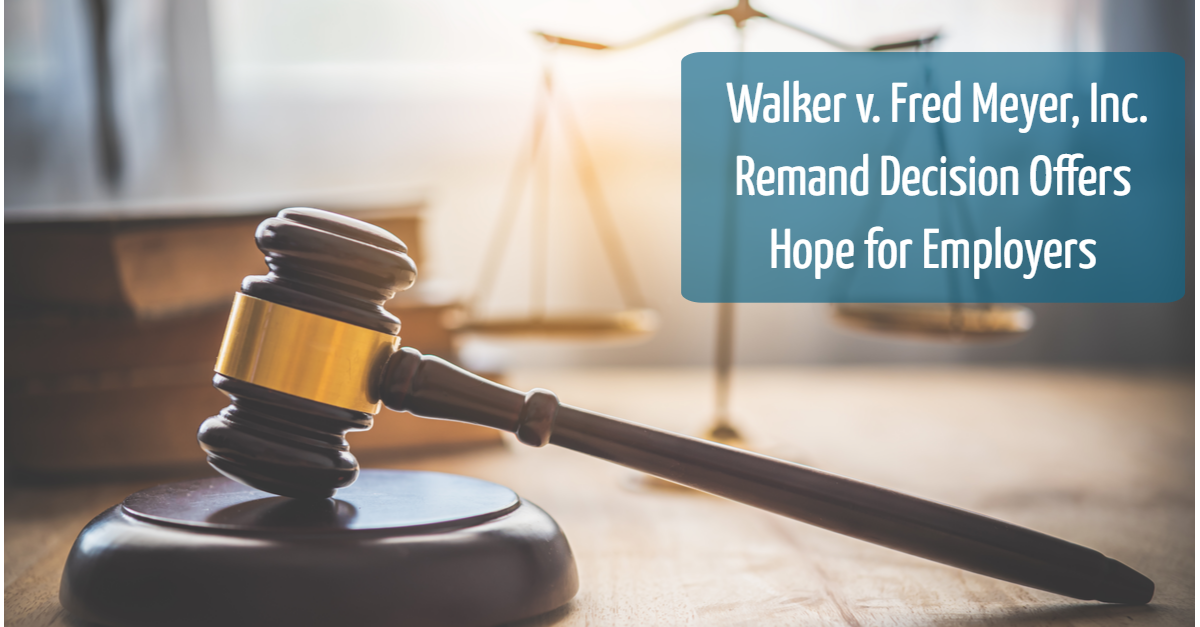 Unless you are brand new to the world of background screening, you should already be familiar with the litigation surrounding the disclosure requirement under the Federal Fair Credit Reporting Act (“FCRA”), especially the disclosure required for background screening for employment purposes. The FCRA requires an employer to disclose its intention to obtain a background screening report from a consumer reporting agency and to obtain that individual’s authorization prior to doing so. The FCRA specifies that the disclosure must be “stand-alone.” Anything additional could be considered extraneous, but what does that mean? The question of what is considered extraneous information has been the subject of lawsuits that have impacted employers for years.

The case was remanded back to the lower court, focusing on whether the violation of the FCRA was willful, which can result in the award of greater damages, including punitive damages. At the lower court, Fred Meyer argued that its violation was not willful because the stand-alone disclosure requirement was ambiguous in March 2017 when the disclosure was provided to the applicant. The argument was considered by a magistrate judge, who agreed that the requirement was ambiguous at the time of application. The magistrate recommended summary judgment in favor of the defendant on the issue of willfulness. The district court agreed and dismissed the case on September 24, 2021.

Ultimately this decision could assist employers with FCRA claims where the disclosures at issue were provided before March 2020. As explained above, the lower court held that the stand-alone disclosure requirement could be seen as ambiguous before the Ninth Circuit provided guidance on what constitutes extraneous information. The decision can also help employers avoid more costly damages because the issue of willfulness was reviewed based on the court guidance, or a lack thereof, that was in place at the time the disclosure was provided. AccuSource will continue to watch Walker v. Fred Meyer, Inc., and other related litigation, for additional updates and will let you know of new developments. If you would like AccuSource to provide a complimentary review of your current background screening compliance program, please contact us at marketing@accusource-online.com.